I Ain’t Afraid-a No Ghost

Who is the biggest country music entertainer that ever lived? (Going by the numbers and awards…) GARTH BROOKS.  Now, my picky readers, this column isn’t about Country music, but about a new music service that will poke yet another hole in the dominance of Apple iTunes. That’s right – Garth Brooks has now formed a company and launched a new music service called GHOSTTUNES. 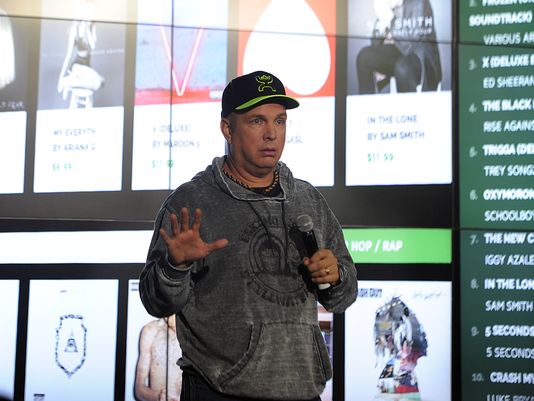 You see, this all started when Mr. Brooks could not get iTunes to agree to allow him to release music the way he wanted to. He has always believed in selling music as a collection – either in whole album form and another creative bundle. He was repulsed by the iTunes model of one song at a time, believing that artists should have the right to sell their product how they want to. Now, Mr. Brooks has a fair amount of money and power, so he met with the iTunes team many times on this subject, yet he could not get them to agree to letting him do what he wanted to do. Thus, his music remained unavailable for digital download.

What’s the great thing about having loads of cash? Eventually if you can’t get a service to work the way you think it should, you create your own! Earlier this week, Garth Brooks launched GHOSTTUNES. which is a cloud-based digital music service that allows the user to put music on any device they wish (or simply stream from the cloud) and allows artists to sell their music in any way they wish.  And don’t be mistaken, this new service is not just for the country genre; there are already thousands of titles representing a dozen or so musical genres.

There you have it, my faithful readers, you now have yet another choice for digital music downloading. Add GHOSTTUNES to the list and enjoy those sweet tunes!

I am a cat. A cat that has done more, seen more, and been more than most men will ever know. My pedigree is defined by modest lineage but I have risen to be one of the finest. One of the most humble, modest, handsome, intelligent, regal, charming, and cunning felines you may ever meet. I often have 'run-ins' with the MPA tight-wad, fun-hater COO, Justin over such things as spa visits and luxury grooming. Having a cat with the skills I possess is not in-expensive. I don't come with a manual and there is no 'figuring me out'. I write a weekly column called "ASK MOIRE" where my faithful readership gets advice and suggestions for a healthy, more balanced life by sending questions to this email address: MOIRE@ASKMPA.COM