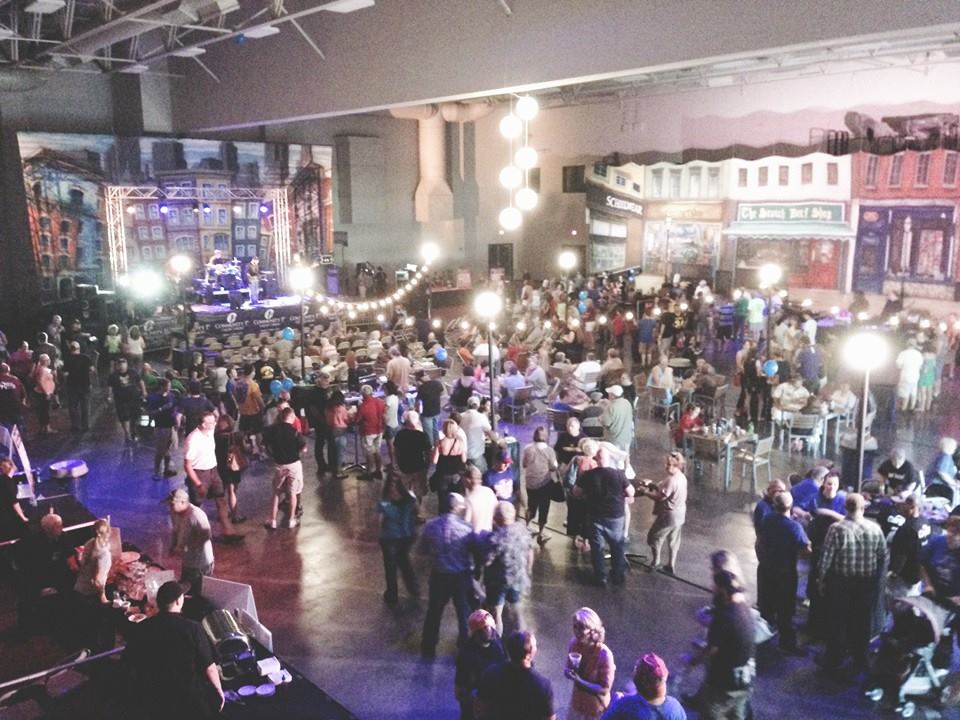 Bacon, how I love thee.

Nom, nom, nom.  Bacon.  I love bacon. It seems to be all the rage these days, and last weekend I attended an event I just have to tell you about.  It was a celebration of all things BACON. Held at the beautiful and sprawling Bridge View Center, the first annual Bacon Town! Bacon & Brew Fest was a huge success! (And you know I don’t give compliments lightly…)

The day consisted of the construction of a record breaking sandwich, great music by local and national acts (including the ever-enchanting Diana Upton-Hill and country legend-in-the-making “Rowdie” Mitch Goudy), activities for the young ones, palette-pleasing brews (NOT for the young ones) and, of course, BACON! One of my favorite varieties was baked with brown sugar and cayenne pepper. Delicious! I’ll be trying that one in my kitty Easy-Bake Oven.

The event, thankfully, was held indoors. (The heat and humidity would have made it miserable outside – especially with my fur coat.) The magic of the event, however, was in the use of the indoor space. Set pieces were used to make the large event hall come to life as a small downtown square complete with whimsical storefronts and lit street lamps. The vendors set up around the room with plenty of seating in the center – complete with a stage for the band. How delightful!

All told, I have heard an estimate that nearly 2,000 people attended this event. It was as breathtaking as it was tasty! This kitty is definitely hoping it becomes an annual tradition. Purrrrrrfection!

I am a cat. A cat that has done more, seen more, and been more than most men will ever know. My pedigree is defined by modest lineage but I have risen to be one of the finest. One of the most humble, modest, handsome, intelligent, regal, charming, and cunning felines you may ever meet. I often have 'run-ins' with the MPA tight-wad, fun-hater COO, Justin over such things as spa visits and luxury grooming. Having a cat with the skills I possess is not in-expensive. I don't come with a manual and there is no 'figuring me out'. I write a weekly column called "ASK MOIRE" where my faithful readership gets advice and suggestions for a healthy, more balanced life by sending questions to this email address: MOIRE@ASKMPA.COM